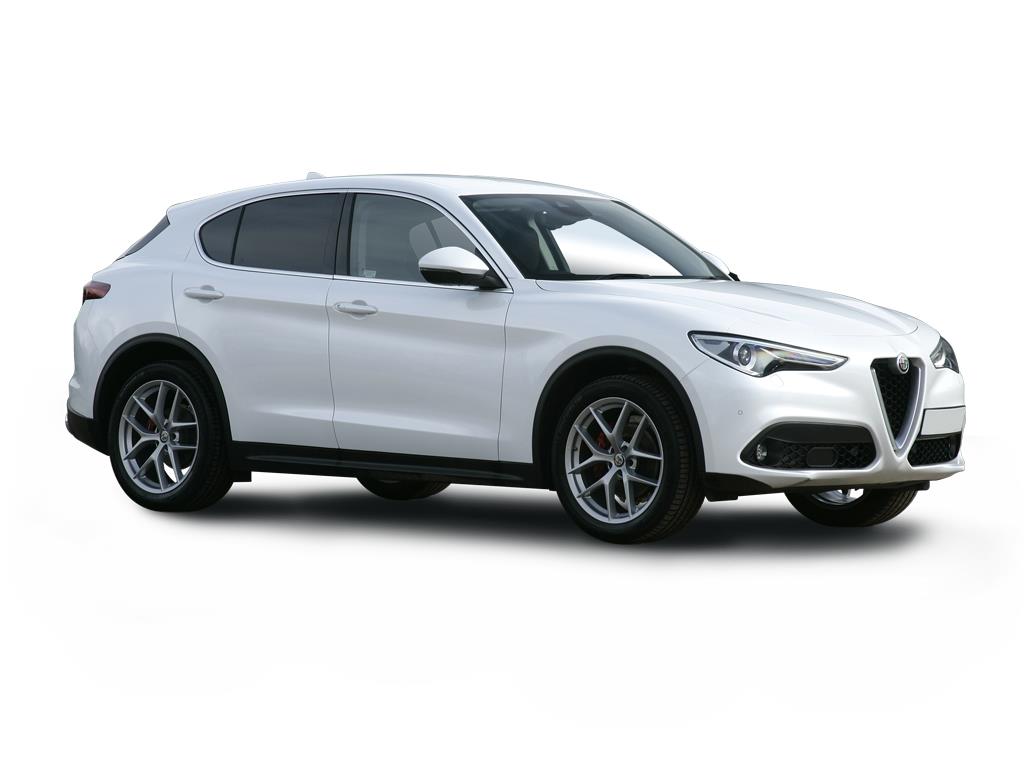 and exciting driving experience. Chief rivals include the Audi Q5, Jaguar F-Pace, Porsche Macan and BMW X3 – and the Alfa has the looks to turn heads away from all of them. Based on the same platform as the impressive Alfa Romeo Giulia saloon, the Stelvio is an intriguing alternative choice in a sector of the market that’s crowded with quality and talent.

If style and excitement was the brief, surely the Stelvio has nailed it. Few other SUVs on sale can claim to be so pretty on the outside, while the steering is far sharper than any competitor’s, and even the versions equipped with Q4 four-wheel drive (which is most of them) feel decidedly rear-biased, adding a very dynamic edge to the handling.

To maintain good body control in the corners, Alfa Romeo has sacrificed some ride comfort, which makes the Stelvio feel a little brittle on the worst British road surfaces. Overall it’s perhaps not as polished and capable as the Porsche Macan, but it certainly isn’t short of thrills. The range-topping Stelvio Quadrifoglio delivers sensational performance from its Ferrari-derived V6 turbo petrol engine, but some of the lesser diesel motors don’t feel as fast as their on-paper power suggests they should. They can be noisy, too.

As one of the larger vehicles in its class, the Stelvio has plenty of room for people and luggage inside. The dashboard design is surprisingly uninspiring, though, and the infotainment screens are tiny by modern standards. Alfa is also a touch light on the latest high-tech equipment, hinting that the Italian brand doesn’t quite have the technical might to compete with the bigger players. How much that matters to you probably depends on how much you like the rest of the Stelvio experience.

You’ll come for the way it looks, and stay for the way it drives – the Alfa Romeo Stelvio is one of the most invigorating entries to the SUV market in years. The steering is super sharp, it takes corners hard and flat, and the petrol versions in particular go like the clappers. Just don’t expect class-leading comfort levels; Alfa’s gadget count is as high as the Stelvio’s suspension is cossetting – which is to say, not very. Plenty of more established rivals certainly deliver a more rounded ownership prospect, but those who choose the Alfa will probably be having too much of a good time to care.